The Holy Bible is now a Crime Scene - Do Not Cross This Line.

especially on the nature

Yeshuwa impressed this image of an aborigine on a middle eastern landscape in such a way that it does not need any lines to identify it. And this is one of many, demonstrating beyond all reasonable doubt, that his circumcised descendants belong to Him. Around one million of them have made it to glory so far, although numbers are now dropping off dramatically.

It is time to let the preachers of the false gospel know that, while they have God’s approval, they do not have Yahuw’ah or Yeshuwa’s. Whenever they disrespect Them, then they can expect devastating storms, like that which hit the New South Wales coast on Tuesday and Wednesday, April 21-22, 2015.

At issue is the claim that

They may think that they are God’s favourites, but every believer in God shares that privilege, no matter what his or her faith or lack of faith.

By God is meant the three Serpents who, among other titles also call Themselves the Father, Son and Holy Spirit or Ghost, namely, Ba’alzebub, OM or Satan, and Sinvesta. These Three do not want knowledge of the other Ten known.

Whenever Their believers react to anything said or published about the Ten, they invite a reaction.

Yeshuwa notes their protests and occasionally sends violent storms which appear to be targeted. Some will claim that these are the products of global warming and el Nino or la Nina. Here there is no dispute. It is the timing, ferocity and location of the events which make them targeted events.

The above are not the only lawless group. Law-abiding people are called lawless by Yeshuwa in Matthew 23:28. “27. Woe to you, scribes and Pharisees, hypocrites! For you are like white-washed tombs which on the outside appear beautiful, but inside they are full of dead men’s bones and all uncleanness. 28. Even so you too outwardly appear righteous to men, but inwardly are full of hypocrisy and lawlessness (Grk. Anomia).”

Those who practise lawlessness are rejected by Yeshuwa whenever He sits in judgement (Matthew 7:23). Subservience to long lists of rules and regulations tends to invite the lawlessness disease. Observe how the apostle Paul did away with observance of the Towrah, then began creating a long list of rules for his followers to obey. He, of course, was a scribal magistrate, and these tend to be very legalistic. Try as he might, but he could never get the Pharisaic spirit out of his system. Once a Pharisee, always a Pharisee.

Advocates and enactors of marriage equality are upsetting Them too. In Australia and beyond massive natural disasters involving fire, wind and rain are devastating communities. Generally they follow moves to legislate this fake, phoney and counterfeit form of marriage when there is no way in the world that same sex couples can ever qualify for marriage.

So without going into too much detail the wild fires in Tasmania’s northwest and west are linked to its government’s plans to legislate marriage equality. The wild fire which engulfed suburbs of Fort McMurray and surrounds in Alberta, Canada, are similarly linked to this issue. After the UK legalised marriage equality this was followed by serious wild fires north of London as well.

Catastrophe after catastrophe has hit the United States of America with massive flooding in the midwest and southern states, wild fires in California and New Mexico, and

Yeshuwa the Lamb of Eluhiym wants it made known that He and Yahuw’ah especially do not approve of the way Their definition of marriage is being insulted in the name of marriage equality. While Yahuw’ah witnesses heterosexual acts between naturally born males and females, since a new life cannot be created without Him, He regards same-sex coupling as an abomination and has nothing to do with it.

The present writer thanks those who offered constructive criticism. Even negative comments have produced positive outcomes. This is a win-win project, but not for everyone.

On a tragic note a devastating storm hit the New South Wales coast on Tuesday and Wednesday, April 21-22, 2015. The towns of Dungog and Greta north of Newcastle were left in ruins after flash floods washed several homes off their footings. Four elderly people died there. Over 300 mm (12 inches) of rain fell in the Hunter region and cyclonic winds of up to 135 kph (84 mph) were measured. Gale force winds blew all day and night. 200,000 homes and businesses lost electricity.

The storm affected the east coast from the Illawarra in the south to Newcastle and especially the Central Coast. The federal member for Hunter was heard saying that in fifty years of living in the area he had seen nothing like this, although media were calling it a once in a decade storm. A second storm hit the Central Coast and Sydney the following morning with very heavy rains.

These were targeted storms. The present writer observed that movements of earlier weather systems had been uncharacteristically slow, rather than faster moving as expected. Evidently there was a build up over several days. Prior media forecasts gave no indication of what was to follow, just very strong winds along the coast as a low pressure system developed off Newcastle. Download the safe to open weather-circle.exe and read its final article on Creating Weather. This is where such storms are organised.

A couple living between Gosford and Wyon had been sending disparaging and ridiculing e-mails to the present writer for some time while refusing to accept the existence of Yeshuwa and Yahuw’ah. Almost everything on this web site was denigrated, even though it is unique. Naturally they conducted a smear campaign among their friends and church members, which explains why many of its structures were within the affected areas.

Well, Yeshuwa and Yahuw’ah decided to teach them a lesson with these storms, not that they will admit to it. As usual Jesus Christ could not help them, since he does not exist. God was of no use either. Survival instincts and incredible SES volunteers helping those in trouble saved the day for most, as is the Australian way. There were many rescues.

Religion not only causes war and strife, but brings about calamity and disease as well. Anyone who puts Jesus Christ or other revealed deity before Yahuw’ah and Yeshuwa and then makes a song and dance about it, can expect disaster to come their way. They might avoid it themselves, but surrounding communities and environments will not. OM often protects trouble makers. So it is perhaps best to keep these things to oneself for the sake of one’s neighbours and community.

For very good reason the people of the Covenant were instructed to fear Elohiym or Yahuw’ah. Those who did were considered the faithful. Such fear, though, was not born of terror, but respect for what Yahuw’ah and the Lamb as His Angel were capable of doing, such as during the Exodus from Egypt. Yahuw’ah is a jealous Elohiym (Exodus 20:5) who insists upon His own way, unlike the Gnostic Θεός and heavenly father of Paul’s Χριστός Ίησοΰς who is not jealous and does not seek his own interests, whose love is unconditional (1 Corinthians 13:4-5) and wants all men to be saved. Yahuw’ah spoke for all Elo’ahs in His family when He called Himself Elohiym.

When religious individuals oppose Them, then they cannot expect to go unpunished, since They do not care for arrogant human beings or their property. By far this is not the first time that storms like these have occurred and it will certainly not be the last.

After seeing the devastation wrought by three days now of storms, the present writer feels vindicated over his cooperation with Yeshuwa and Yahuw’ah. Wherever Their names are not hallowed brings extreme events not just upon the offenders, but the wider community as well.

Since this site was first launched back in mid March 2015 there has been some worthwhile feedback and observations made.

Events in nature are revealing the Creators at work. They appear to be sending warning messages on a number of fronts. First, since Yeshuwa selected Australia to be the home for His own covenanted people, who are the indigenous people called aborigines, He reacts to those who falsely promote another interpretation of His words in John 10:16. 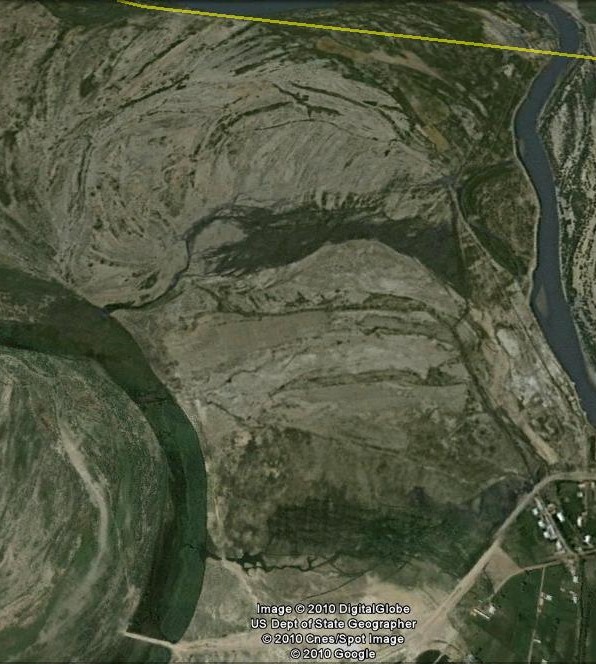