THE BLIGHT OF IMAGINATION 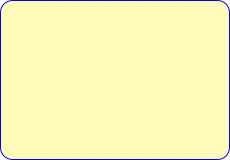 “Life is what happens to you when you’re very busy making other plans.” So sang the late, great John Lennon.

A new web site FIMIOL.COM has been created. It features my first PDF/EPUB e-Book called “The Narrator And The Logos.” It is free and available for download now. The next e-Book will enlarge on its message and content.

View a short video of the creation of Adam and his wedding to Chav-vah. My new web site will host all my eBooks and academic papers.

Since the earlier feedback a lot of water has passed under the bridge. Some are asking for the FIMIOL photographs to be made available on Kindle, Android and Apple phones and tablets.

This has resulted in a change of plans, especially after the discovery of many new images, including representations of the present writer, his wife and three of his friends between an emu and kangaroo, all within the Garden of Eden landscape.

Add to this the open air surgery on Adam and his marriage to Chav-vah with many guests in attendance and new plans had to be made. Adam’s right side T-6 rib is being removed to make Chav-vah genetically compatible with him. His Creator Yahuw’ah also has a scalpel in His right hand. Yet there is no anaesthetist present.

A few hours later he was photographed lying on his right side eating a date with his left hand with no sign of the operation. Yes, not only was Adam dark-skinned, but he was left handed as well - like Yeshuwa, the Lamb of Elohiym. And He created four universes over billions of years!

The appearance of a picnic table featuring two wine glasses, two-thirds filled with wine, and an inverted beaker is interesting. On it is also a loaf of bread, pieces of fruit from the Tree of Life and a plate of berries. Chav-vah is wearing nothing more than a bridal veil.

Yeshuwa performed the wedding ceremony and all the other Elohiym are present as guests except OM the Dragon.

Prints of these FIMIOL photographs have been shown to various individuals and been given the tick of approval.

In effect what they do is validate the Genesis creation narratives to the letter. They also define marriage as possible only between a man and a woman. Investigation has revealed that same sex couples can never qualify for marriage in any respect whatsoever.

Loving another and being sexually attractive to that person does not make one eligible for marriage. It is a highly discriminatory institution. Marriage equality is a myth, as is equality under the law, despite claims to the contrary. Where is the evidence for that?

Only when the people can alter the timing and locations for the rising and setting of the sun each morning and evening between the Tropics of Cancer and Capricorn and can dictate the intensity of its heat and light will they earn the right to alter the definition of marriage. Until then it is time to back off and de-legislate.

In the first series of e-Books, all the FIMIOL photographs will be displayed in the front section with minimal commentary. They should be allowed to speak for themselves and be subjected to forensic investigation at an appropriate time.

Regardless of one’s beliefs or non-beliefs, these visual representations will challenge most people’s concept of reality. Nonetheless they bring into focus long-debated issues and have the potential to neutralise a lot of modern thinking.

Each e-Book will be priced at AUD 4.95, making them affordable and within reach of the poor. The first will be called I Have Nude Photos Of Your Parents and is now being written.