* revealed Himself as El Elyown or El Most High and challenged and condemned monotheism.

* will only return to Earth to wrap up human history after it is split in two by a devastating asteroid (Isaiah 24). The misunderstood thousand-year reign of Revelation 20 took place between 632 CE and 1632 CE, when John Locke was born. Empirical philosophy, driven mainly by intact men, is Satan’s revenge for His incarceration.

* demanded physical circumcision for males but not females, since un-circumcision renders the covenant void (Ezekiel 44:7). This is also the Father’s will. He, too, has no foreskin. In Matthew’s, but not Luke’s version of the Lord’s Prayer (11:2-4), the petition is that His will be done on earth as it is in Heaven. “Deliver us from evil”, also missing in Luke, has the evil of un-circumcision at its core. When Yahuw’ah came to Miryam, she knew that He had no foreskin, so demonstrating this.

* chose the Twelve for their abilities with fishing knives and taught them to circumcise, then heal the wound. Foreskin removal has a profound effect upon decision making and can free one from the delusions of imagination. Circumcision also provides the legal basis for having a relationship with Yeshuwa and Yahuw’ah.

* claimed that He brought a sword to divide families (Matt. 10:34-36). His own brothers did not believe in Him (John 7:5) and His mother had Him expelled from the messianic residence in Capernaum.

* is very strict when it comes to sexual behaviour and orientation. Marriage may only be between one man and one woman, never same sexes. While He showed tolerance towards prostitutes and assisted them, like Mirya of Magdala, the parable of the Royal Wedding Feast in Matthew 22:1-13 reveals His utter contempt towards homosexuals. In 19:10-12 He informed His students that castration offers a life-saving alternative. Promiscuity and adultery are forbidden and re-marriage after divorce strongly discouraged. Monogamy, not polygamy, is the norm.

* had the attitude, in a major departure from the punitive aspects of the Mosheh covenant, that in this area only those without sin have the first right to throw stones (John 8:7). As the Judge of all men (Genesis 18:25) punishment is His prerogative. He took the big picture perspective. Imagination can produce powerful effects on thinking and behaviour. If one is to be punished, then everyone else should be too for their sins.

* never spoke of hope or grace, according to His recorded sayings.

* never mentioned overseers or appointed bishops as successors to His sholechiym (“sent ones”),

* taught close-up love which may be impatient and unkind, jealous and boastful, even arrogant and rude, insisting upon its own way (see the demands of the Law in Exodus 20, the cutting off of limbs or plucking out an eye in Matthew 5 and the self-drowning of paedophiles in Matthew 18.

* only knew the Father as the Almighty and taught monotheism like the Sadducees and Pharisees.

* did not say what his heavenly Father’s name was, but it is believed to be Jehovah or Yahweh.

* never used parables to explain the mysteries of creation, but meant them to be interpreted through the eyes of Paul.

* mentioned circumcision on only one occasion in John 7:22-23 and therefore did not consider it important, since he had come to fulfil the Law in man’s stead, nail the commandments to the cross and free all men from the burden of the Law. Circumcision is little more than a sign of the covenant Jehovah or Yahweh made with Abraham and faith in Jesus’ own circumcision is now sufficient for all.

* sent the apostle Paul to tell Jews and Gentiles everywhere that circumcision and un-circumcision are nothing. What is important is keeping the commandments of õ Θεός (1 Corinthians 7:19), that is, his own rules. His heavenly father ordained circumcision only of the heart for both Israelites and Gentiles. Removal of the foreskin was now a matter of personal or parental choice, but is not required for salvation.

* focussed a lot upon family and church unity with children honouring their mothers and fathers and both slaves and their owners treating each other with respect.

* apparently permits divorce and re-marriage, since Paul overrode his prohibitions in the canonical Gospels (1 Corinthians 7:10-16).

* evidently said nothing against homosexuality, although the apostle Paul strongly condemned it in Romans 1:24-27 and elsewhere.

* taught, according to Paul, that faith is a set of beliefs in him and his heavenly Father, called God (ho Theos), yet established by men, especially himself. These are then empowered by emotion with the believer filled with love and hope.

* taught salvation by faith through grace apart from any works of the Law in a Buddhist-based gospel revealed only to Paul and not the Twelve.

* taught that his heavenly Father wants all men to be saved. He died for all with no exceptions - just Judas.

* taught unconditional love which is patient and kind, not jealous or boastful, does not insist on its own way or rejoice in wrong, but rejoices in the right (1 Corinthians 13:4-8). Yet Paul insisted that he and his appointed overseers and deacons must be obeyed. See the Epistles of Ignatius.

* had in mind this distant kind of love, where whoever “believes in him will not perish, but have eternal life” (John 3:16). Any sightings of Jesus are only visualised or imagined (Hebrews 2:9, 12:2).

* taught that one does not die, but sleeps until judgement day.

* gave power to Peter to transfer his cloak of apostleship onto a suitable successor and always a bishop in the one true church. 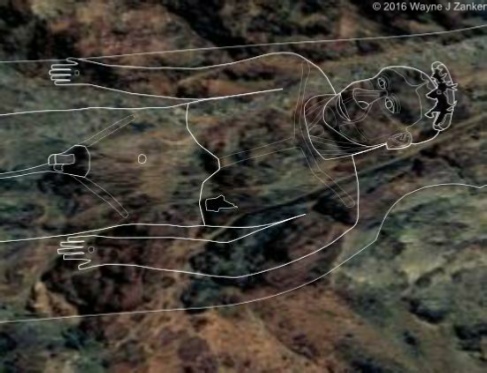