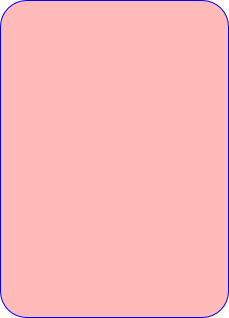 The Blight Of Ego-Based Imagination -  I

Imagination A Poor Cousin To Reality

FIMIOL Photographics does not endorse the excessive use of imagination, that is, “the ability to form an image or concept of something not present or in one’s experience.” 1)

Admittedly it plays an important role in story-telling, especially where events of the past or in a distant place are narrated with both characters and locations being unfamiliar.

To be successful the narrator has to reinvent the story by matching events from his or her life own experiences to help create a visual scenario of what happened. In the end there is little enlightenment; just a memory of words from the storyteller’s mouth mixed with those images and emotions evoked.

Add a photograph or two to the story, identify those in the pictures and their locations and the task becomes easier. One is no longer thinking blind. Visualisation is much easier.

Until the FIMIOL photographs were revealed and the JavaScript calculators created, the ability to imagine is all the world had for their subject matter. Well, that has changed. Humanity no longer has to think blind or rely upon blind guides to lead it into the Dark Pits.

No matter how hard they try, the Church of the Holy Sepulchre in Jerusalem will never produce one iota of evidence that Yeshuwa died or rose again there. Yet that is where they imagine their (fictitious) Jesus was buried and resurrected.

The faded photographs morphologically impressed on various landscapes define reality like never before. Imagination is now a poor cousin, no longer required. It can take a walk.

Actually, the Bible does not have any word for imagination, referring instead to “the thoughts of the heart” (Genesis 6:5, Matthew 15:19 and Luke 1:51). Imagination is the way one looks at one’s place and that of others in the world, as well as identity and abilities. It is a very powerful phenomenon, influencing both thinking and behaviour.

Visualisation is a natural faculty of the mind and useful for modelling new ideas, especially alongside mathematical and logical reasoning. Its natural extension is to make a drawing or sketch of the lines, so that it can be modified or used to explain a concept to others. Technically-speaking, this is low-level imagination. It tends to be selfless with the focus mainly upon the idea. Such are the FIMIOL photographs.

The poor reputation of high-level imagination is due to the lack of complete knowledge and egotistical factors, especially pride and arrogance. Focusing upon oneself in a confusing or uncertain environment and thinking that one is still right and deserving of recognition does not equate with reality, except that of confusion and ignorance.

The Tree Of Knowledge Of Good And Evil

This focus upon self in contrast to being selfless is a product of eating the fruit of the Tree of Knowledge of Good and Evil in the Garden of Eden. Shortly afterwards that became quite evident. As soon as it was planted Adam was issued with the warning not to eat of its fruit, since it would result in a death where access to his Creator is no longer possible (Genesis 2:15-17). As yet the woman Chavvah had not been formed in the ground.

OM the Dragon planted that tree which happens to grow prolifically on land adjacent to the fiery lakes. As the Tree of Life is from Heaven, so the Tree of Knowledge of Good and Evil is from the Lake of Fire.

Yeshuwa attacked the evils of imagination in the Sermon on the Mount. E.g. “every one who looks on a woman to lust after her” and “if your right eye/hand makes you stumble, tear it out/cut it off” (Matthew 5:28-30).

Attribute to be disclosed later.

That fruit was not an apple. It was close to dark olive-green in colour with a tint of blue and contained mind-altering chemicals. These added ego to the imagination with its lists of uncertain multiple choices and released oxytocin and dopamine into the bloodstream. The foliage of the tree is orange-brown in colour. Usually it is the other way round.