Why The Nudity -  II 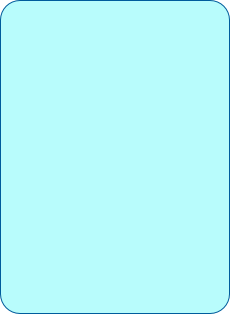 Many are still in the preparation stage.

Early releases are ruled out. Yet check out in FIMIOL slides from the navigation menu.

In all that time, even though they were married, never once did they engage in sexual intercourse, not even for making babies. And that was called paradise! The alternative must have been very special.

After the Fall in Genesis 3:11 they were reminded of their nudity by their Creator El Shadday [Yahuw’ah]. “Who told you that you were naked? Have you eaten of the tree of which I commanded you not to eat?” A FIMIOL photograph of that tree does exist and looks very interesting. It will be published in The Poisonous God e-Book, along with the Dark Pit and Lake of Fire FIMIOL, which also appears on this website.

Nudity Is Natural In Paradise

Since nudity is an established feature of any paradise created by Yahuw’ah (El Shadday) and Yeshuwa (El Elyown and Pel’e), then it is both natural and logical for Them to photograph men, women and children completely naked and have such images displayed to legally reflect Their perspective. This is how they want to exercise their right of reply against all the lies and untruths directed at them by religious human beings.

In Eternal Glory nudity is quite common. Sexual intercourse never occurs there due to the suppressive nature of the fruit of the Tree of Life which is available thirteen times a year. Matthew 22:30 declares, “in the resurrection they neither marry, nor are given in marriage, but are like the angels of Heaven.” This also explains why Chavvah bore no children during her and Adam’s stay in the Garden of Eden.

Nudist colonies will perhaps appreciate this more than most, except that there is never any sexual arousal and no one goes around propositioning for sexual favours. Homosexual behaviour is conspicuous by its absence.

However, in the Dark Pits and Lakes of Fire, from where the Tree of Knowledge came, its fruit becomes available just once a year and then it is on for one and all. That tree was planted in the Garden of Eden by OM Himself as Satan. An explanation for this will be provided in The Poisonous God e-Book, when it is eventually published.

One of the reasons why Yeshuwa encouraged paedophiles in Matthew 18:6 to drown themselves is that the Lake of Fire is the proper place to abuse children. Make no mistake. This goes on a lot in that nightmarish existence and there are no authorities to arrest and punish perpetrators.

Other than those on this web site and FIMIOL.COM, the FIMIOL photographs will be published in the e-Books made available for purchase and download.

Most depicted nudity is innocuous and no different from what one might see in an art gallery. However, if one is going to promote circumcision of the male prepuce, then one must expect to see men showing their genitals quite proudly.

Some studies have graphic details. For example, even without the defining lines drawn in, the mapping image of Chavvah (Eve) being created in the soil leaves little to the imagination.

Here it is six of one and half a dozen of the other. Yet that study is very important, since she has just prophetically given birth to Yeshuwa on the basis of Genesis 3:15, the Proto-Gospel.

Clothes Are Worn Too

Of course, clothes are also worn in Heaven and on Eden. Not everyone enjoys running around naked, even in such a beautiful place. Many attending the Temple do so wearing garments. Heaven has its own fashion industry, just not fashion police. Others prefer to work with clothes on.

From where the fabrics and material come for making them remains a secret at this time. Just as nylon and polyester are derived from oil, so Heaven has its special source. A good designer, dressmaker and tailor on Earth has a great future waiting for them like nothing down here. All they need to do is make the right connections.