Why Promote The Photographs As Non Religious?

Following a particular faith or religion is very important for many people. Despite what ensues, the present writer accepts an individual’s right to follow the religion or faith of his or her own choosing and will defend their choice, so long as it does not involve violence to others or property damage.

He had a religious background himself and until sixty years of age followed the Christian religion. In his youth and early adulthood he spent twelve years preparing for parish ministry, yet remained an ordained pastor for just over a year, resigning for health reasons.

However, it would take another thirty years to understand why. In May 2009 he renounced Christianity after it became blatantly obvious to him that the apostle Paul was preaching an adapted form of Mahayana Buddhism without reincarnation and by calling Nirvana Heaven. Together with the evangelist Luke and companion Silvanus (Silas), he promoted a very different gospel to that of the chosen Twelve (see 2 Corinthians 11:4).

This Paul indeed invented another lord, a Greek one called Ίησοΰς or Jesus, who had been possessed by the bright light he called ό Χριστός. A disturbing study of the use of the Hebrew verb mashach and adjective mashiach in the Law and the Prophets revealed an almost incompatible usage of these words by Paul and his companions.

Yet he was never sent by Yeshuwa the Lamb of Eluhiym to preach a false Anointed or Christ. The so-called anti-Christ (αντιχρίστος) of 1 John 2:18 and 4:3, then 2 John 7, is actually the anti-Anointed. The First Epistle of John is anti-Pauline. To understand this better, please read my article on Why Did Paul Call Yeshuwa ‘Satan’? accessible from the Crime Scene Articles menu.

In Acts 9:15-16 he was warned that any preaching done in the Lord’s name would result in his own suffering as a form of punishment. “I will show him how much he must suffer for My Name’s sake.” There was no commission to be an apostle, since he never qualified according to Acts 1:21-22. He was also a monotheist and Yeshuwa is totally against monotheism.

In order to become a “sent one” (Heb. sholech), one had to accompany Yeshuwa and the Twelve from the time He was baptised by Yohannan until His ascension. Sha’uwl (Saul) of Tarsus spent only a few minutes at His feet, for he is the young lawyer in Matt. 22:34-40. View the article on You Shall Love Your Neighbour As Yourself in FIMIOL.COM. It features the date.

It was only after renouncing Christianity that Yeshuwa and His Father Yahuw’ah (YHWH) began revealing the route of the Exodus and the FIMIOL photographs to the present writer.

By studying them closely it became clear that religion exists to not only divide families, communities and nations, but the entire world. Each faith or division of the same believes that it alone is chosen and has the absolute truth. All else are false.

Then to defend that faith or attempt to gain universal acceptance it employs every means at its disposal, including indoctrination and physical violence, even claiming a moral mandate from God or other named deity. Religion and its followers, it seems, are someone’s play things and entertainment.

Yeshuwa and Yahuw’ah do not approve of any religion. All are human inventions, despite claims to the contrary. Usually there is one God, actually an unholy trinity, behind each. He or They want everyone for Themselves and so far have gained over 99.9 percent of the world’s population. Yet why would one follow Them if one knew exactly who They are and what They look like? These have now been revealed on FIMIOL.COM.

Consequently, both the FIMIOL photographs and the creation energy calculators with their weekly Thrones modules, binary clusters and prime number profiles are non-religious. Religion came later and until now never even knew that these existed.

This issue will be dealt with in considerable detail in The Poisonous God e-Book. In a few words religion likes to re-invent the proverbial wheel and tie and bind believers to its new set of beliefs.

For example, observe what has happened to the original narrative involving the patriarchs Abraham and Yitschaq. Each of the three main religions with links to Yeruwshalem interprets them vastly differently. All fail to understand circumcision and the renunciation of violence after Genesis 17. 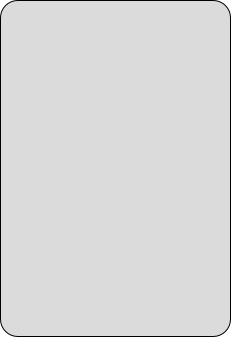 It comes as no surprise to many that religion is not the panacea it makes itself out to be. What people also fail to realise is secularism or scientific empiricism also manifests religious traits, like the myths about how the Cosmos and life came to be.