Uses to which computers are put vary according to the whims of Eluhiym. The Dark Ones (‘God’) employ implanted soul viruses to promote gambling, pornography, drug addictions, sexual confusion and promiscuity, money scams, religion and philosophy as well as hacking and cracking using Trojans, viruses and malware.

The Bright Ones (Creators) are more into infrastructure and software which benefit humanity. FIMIOL photographs and calculators belong to the latter.

Human beings on Earth are far from perfect. So finding suitable candidates is quite a struggle for Yahuw’ah and Yeshuwa. Observe how Adam and Chavvah let them down. Both kings David and Solomon let Them down too, only David redeemed himself by staying in close contact. Yohannan the Dipper fell short of expectations. Even Miryam, Yeshuwa’s mother, let Him down.

As the wife of Yowceph, a Teacher of Righteousness, she was instrumental in having Him ejected from the Messiah’s residence in Capernaum and even played a role in having Him arrested, in order to stop Him from carrying out, in her opinion, His unauthorised mission against monotheism. Here she should never be confused with the Virgin Mary. They are as dissimilar as Yeshuwa and Jesus.

The present writer could hardly be considered suitable as well. On the Olympic field at Coober Pedy in the South Australian outback, at about eleven o’clock on Wednesday, February 23, 1977, he came to the surface after a disappointing stint at opal mining.

Under an azure blue sky he heard a Voice boom, “My thoughts are not your thoughts and My ways are not your ways” (Isaiah 55:8). This was followed by a long silence. There was no one else present to witness the event, since he was the only one on the field. The photograph below was taken nine years earlier quite close to the site.

This was not a wee small voice, but loud enough so that he could not mistake the message. No instructions were given. The Speaker did not even give His name. There was no Hello, how are you? or Goodbye - just the two statements followed by a hot and eerie stillness. 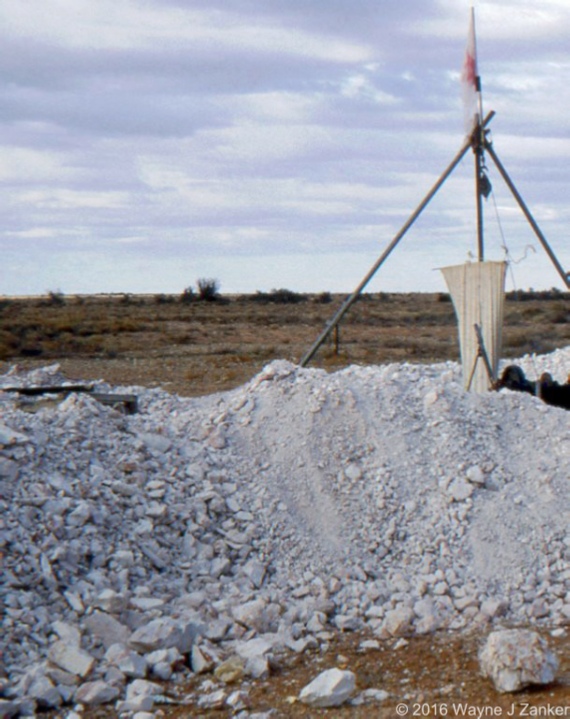 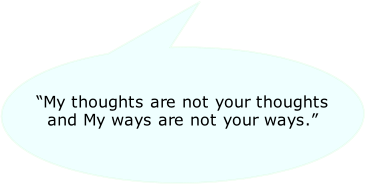