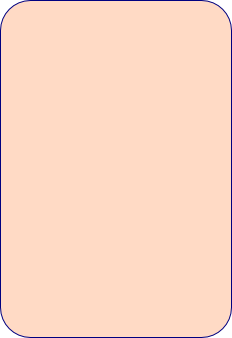 Here many questions arise. For instance, where are these photographs? Who put them there? How, when and where was this done?

Only the Creators Themselves can answer these questions and They have. One individual, namely, the present writer, is privy to where most of them exist. However, he had to have each one pointed out to him.

That is how difficult they generally are to detect. It requires a special skill. Of course, there are giveaway signs. Yet to see them one must first be in the right place. This can be anywhere in the Middle East and beyond, including Australia.

Satellite mapping images visible in Google Earth TM 3-D software are the chosen medium, since that alone provided the window of opportunity. However, many of those originally saved to disk have since been replaced by updated photographs, making discoveries difficult, such as pinpointing the real Mount Ciynay (not Jebel Musa or al Lawz).

In the latest mapping images it is virtually impossible. In fact, it took him some time to even accept the mountain before his very eyes when first shown it so graphically back on June 3, 2009. Discovery of this mountain today can only be done with archival images from earlier in the century. See FIMIOL.COM and this web site for examples of this.

Its surroundings are also rich in photographic studies. Ironically it has never been selected as the mountain of Mosheh by any religious scholar or archaeologist, an indication of how protective the Creator Eluhiym are.

Yet are FIMIOL photographs the only detectable faded images? Here one may be surprised by the answer.

For millennia people have looked up into the night sky and seen faded images behind the stars. These became the reference points for defining all the constellations, not just the equatorial zodiac.

Until recently, whenever the present writer looked up at the stars he just saw stars like most people do. Now he is learning how to see their images. It, too, is a skill which can be learned. That makes two kinds now.

To do it requires a certain level of consciousness, like with the FIMIOLs. One may also add here visiting Heaven “in the spirit” using the Narrow Way.

However, that old soul virus called empiricism prevents one from doing any of these things. When people become infected by it, they lose the ability to comprehend what others learn to see clearly without using their imagination.

What is FIMIOL technology? FIMIOL is an acronym for Faded Images Morphologically Impressed On Landscapes. It is a technique used to stamp a photographic image onto a small or large area of land and make it fade into the background. When one looks close enough at satellite photographs, these become evident. Lines can then be added to define them.

What Is FIMIOL Photography? -  I

In today’s world people only accept as real a deity for whom there cannot be any photographs proving his or her existence. They prefer imaginative art or none at all to hard evidence. It is like saying that the world is full of imaginary creatures and things, and then calling this reality.

Logically, any person who has photographs of themselves must not exist, except in the imagination, since this is how they regard and then reject photographs of the real Creators and Owners of this planet, solar system, galaxy and universe.

https://www.fimiol.com.au/ and https://www.fimiol.com/ are the official web sites for perhaps the most fascinating set of photographs ever taken with any divine and human cameras. Man never invented the camera. He merely rediscovered its technology, just like he has computers.

These were in existence long before he was created as male and female in the Garden of Eden. IRVs or Instant Relocation Vehicles, now defined there and on other landscapes, all had on-board computers powered by batteries. Even early historical records were kept on computers too, a concept modern man has difficulty grasping.

Other websites are aware of extra-terrestrial space craft having computers as well, such as ufoevidence.org and daniken.com.

It stands for Faded Images Nestled Among The Stars.

Have you seen FINATS lately?

What a cute name?