What Is FIMIOL Photography? -  V

The creation accounts in Genesis 1-2 are the choreographed records of all this, yet they contain so much more, such as the handbook on the energies of Life.

It is no mean feat to compress and expand a planet. However, the enthroned Eluhiym (pron. el-oo-heem) are experts at doing this. After all, They are 13.4 billion years old and do it quite often.

Next They selected a variety of Their own photographs which They had themselves produced with very sophisticated cameras. Remember that Their appearance is normally very bright.

Using highly advanced skills and equipment, They transferred each image to its respective landscape, blending it in to look natural yet distinguishable on the surface. In this way a large area would feature the impression and make it easier to detect from higher altitudes when expanded to its original size.

A brilliant concept, it was widely used across the Middle East as a signed blueprint for pre-determined events which were to be recorded as history in the Hebrew scriptures, canonical Gospels and Revelation. There is even one of the apostle Paul.

In order to recover the images the landscape had to be photographed first from space and a suitable person found with the patience and skills to draw simple lines around their edges. Yet these would not be just any lines on the landscape, but those defining the energy shells. Often that requires zooming in up to 5000 x magnification.

Even without lines it is easy to detect some of the forms, provided one is at the right altitude and location. Here one has to be close enough to see the proverbial wood, yet far enough away to see the trees.

Anyone attempting to duplicate the work already done will find it a very frustrating exercise. Long ago the present writer was selected to work very closely with the Creators and produce what They wanted to a high standard.

Personally he was quite incapable of detecting them without first putting himself under Their remote control (John 14:18-21) and having each FIMIOL photograph pointed out and explained to him. Some of the images required weeks of work over periods of months and even years to get right.

The next step of binding them to ancient scriptures was both easy and exciting for a man who accepts the Hebrew Law and Prophets (the Towrah and Nabi’iym of Matthew 5:17-19) as valid despite the textual corruption, and sadly, just a few books in the New Testament canon as well.

No Old And New Testament

Technically-speaking, there is no Old and New Testament canons in the Bible, just the Law and the Prophets and writings of the Narrow Way. By replacing the Hebrew b’riyth meaning “covenant” with the Greek διαΘήκη meaning “last will or testament” (Hebrews 9:16-17), the notion of two testaments arose. However, it is artificial and misleading.

Ignorance of what Yahuw’ah of Eluhiym looks like and the accompanying danger of creating something false was a factor behind the command not to make graven images.

Observe how Christian artists have depicted “the LORD God”. Who among them knew that Yahuw’ah is mostly bald on top, of short stature and does not sport a beard and is not God? 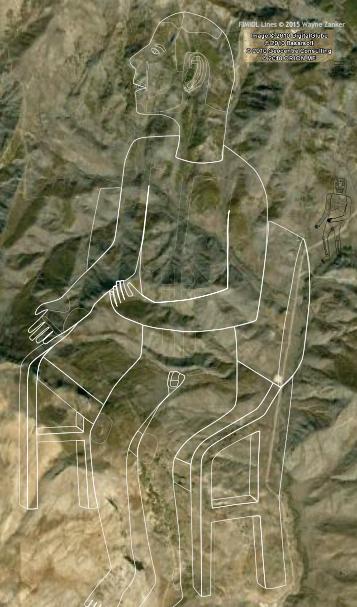 An enthroned Yahuw’ah in the Garden of Eden.