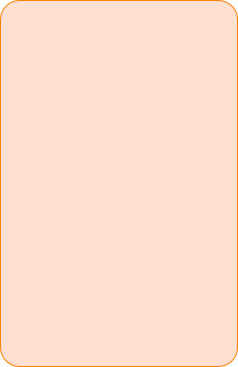 It is vitally important to have a clear understanding of the human soul, Why, one may ask? What purpose does it have and what is it anyway?

The definition given here is brief. The understanding of the Hebrew noun nephesh in Genesis 2:7 is the ability to function as a breathing creature, according to James Strong -  word 5315.1)

Inasmuch as every entity or living creature has one or more organ shells and, since these belong to the soul, then logically they must possess a soul.

The souls given to Adam and Chavvah were activated by Yahuw’ah breathing life into their energy shells, upon which they acquired enough atoms and molecules from their moist soil surroundings to sit up and move around as material bodies.

Instructions to run the body form part of cellular DNA. However, the assumption that its code only applies to the physical or material body is false. Some of the so-called “junk code” comprising around ninety-seven percent of chromosomal DNA contains instructions to run the organs of the body through its organ shells.

Removal of the male prepuce or foreskin is definitely visible, but not replaced. So is the dark area on the forehead of the uncircumcised in heart. Even surgical changes to genitalia are reflected there, imposed over their organ shell. However, underneath the soul retains its original sexuality, as does the body’s DNA.

Souls cannot migrate from one individual to another as many falsely believe. Past life regressions are just imagination at work. There is no birth, dying and rebirth cycle. Nor do they come from Heaven and return there at death. Instead they are created at conception from DNA and then grow as the body grows. They know exactly when their host was conceived.

Furthermore they reside in the Fourth and Fifth Dimensions, from where they can access the Eighth Dimension through the Seventh. It is impossible for them to go higher.

Apart from the fact that they have different gestational periods, no ape, gorilla or chimpanzee, from which homo sapiens is alleged to have evolved, has a similarly structured soul. Furthermore their souls dissipate in the months and years following their demise. Human souls are created to last forever.

When various animals were presented to Adam in Genesis 2, none qualified to be his soul mate. His wife Chavvah was then formed just as he was in the moist soil west of Eden and his rib removed and later replaced to ensure genetic and soul compatibility for their offspring.

Human souls also contain banks of computers which run both the mind and body. Operating with daily energies, these create mind maps for personality and destiny. Furthermore they monitor thinking and behaviour constantly, perform mathematical calculations whenever two or more people meet and, of course, keep a record of one’s experiences.

Out in nature other creatures acting on instinct possess basic models of this. Naturally some will demonstrate higher intelligence than others. After all, they have been designed by the same Creators.

Memories are accessed through familiar neurons and brought back into audio-visual consciousness, where they can become distorted by beliefs. One FIMIOL JavaScript calculator has the ability to take the mind back to an event, allow one to relive it again and release the emotional energy attached to it. Its therapeutic potential is considerable.

At death the soul with its ego or consciousness (spirit) leaves its host body and takes all its organ shells and memories with it, including its cravings. Like its original host it looks forward to forming another material body and does this in either the Lake of Fire or Resurrection Lake.

These web pages contain information which is entirely unique to this planet. For this reason footnote references are few. Their true source of knowledge is Yeshuwa the Lamb of Eluhiym, with Whom the present writer has spent many hundreds of hours.