Back in 1968 when this photograph was taken of bread being baked in the oven of the Coober Pedy General Store, the present writer had no problem whatsoever with eating it fresh, toasted or as a sandwich. It was delicious with butter and Vegemite spread over it.

Boundary riders from nearby stations used to tell him that, even after three weeks in a hessian or burlap bag, it was still edible. Tourists in buses coming south from Alice Springs flocked to buy it, along with the most delicious cream and London buns and other goodies.

The bread and bakery treats were all made using high protein flour with extra gluten and soy flour added, along with dairy milk powder. Ever since the late 1990s, however, he would suffer considerably if he ate just one mouthful of this same recipe. 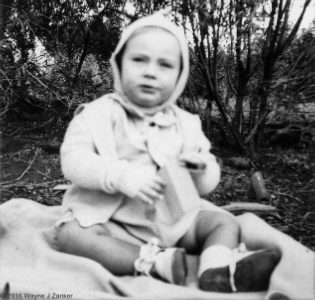 Back in primary school he used to drink cow’s milk straight from the bottle when it was delivered to his classroom at morning recess. Often he often enjoyed seconds. As a young child he was fed lots of custard made from fresh cow’s milk and evidently enjoyed it.

Why the change? What made him so intolerant to these ‘essential’ ingredients which medical researchers accept as the norm? The simple answer is stress. The more involved response says that over time his body punished him for abusing it mainly with gluten, dairy cow casein and to a lesser extent soy bean protein.

How can that happen? And what is this bit about punishment? Society punishes those who break the law and get caught. Parents discipline their children whenever they are too naughty. But the body? No, it looks after itself until one day it decides not to and then dies.

When the three pernicious proteins - gluten, dairy cow casein and soy - pass through the acid bath called the stomach, instead of breaking down like sheep or goat milk protein, they pass into the small intestine as gluey masses and play havoc with the vili, the tiny protuberances which absorb nutrients from the processed food.

Dairy cow casein takes up to seven hours to break down: four in the stomach and three in the small intestine. Gluten with its toxic aspects attacks the lining of the small intestine and causes leakage. Here inflammatory bowel disease may be another consequence.

Many nutritionists, of course, will say this is nonsense. Well, they should try living without them and any prescribed medications for a few years and see how well their bodies fare. Since it was a mutated gene which allowed human beings to first digest cow’s milk, it only stands to reason that other genes will eventually be affected and disease symptoms manifest. Observe how many genes mutate each year just from smoking tobacco. Historically, dairy cow products have been responsible for shortening life spans.

Yet for many years, even decades, an individual may get away with this, as if to say his or her body can tolerate them. These people, though, tend not to understand intolerance and they are entitled to make that assumption. However, there are the ‘abusers’ who do get caught and pay the price, not least the present writer whose mutated gene appears to have started an avalanche of other mutations.