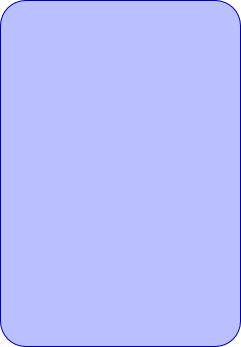 The Blight Of Ego-Based Imagination -  II

Fruiting once a year, it is the only way to measure the passage of time in an environment void of the cycles of life, of sunrises and sunsets, the seasons and regular appearances of the Moon. The green of the fruit is the only reminder of what was once enjoyed on planet Earth. And, of course, it fires up the imagination and brings back such memories with tears.

In a very real way imagination has become the tool of the Devil, who deceives people into thinking they have the right knowledge and are of immense value. He uses it to inspire fear and hope, delusions and grand designs, and then gets human minds to act upon them.

Whatever one imagines or fantasises about in the end often turns out to be hollow and empty, like chasing after the wind. How many gamblers purchase a lottery ticket in the hope of winning millions, yet never do because they have chosen the wrong numbers? Here hope and imagination go together.

In a world where circumcision is increasingly being ignored, there is a growing emphasis upon developing egotistical imagination. From the number of games available this has already overtaken the world of computer programming -  at the expense of reality. Visit www.ranker.com and observe how many movie industry actors, writers, CGI creators and producers are intact. Then look at what they produce as entertainment.

Biblical epics bare little resemblance to the original narratives, yet are visually impressed upon people’s minds by this industry as ‘truth’. Next paranoia is used to evoke all sorts of unrealistic scenarios. Following this, moral values are jettisoned out the window as human sleaze is glorified. This, one is told, belongs to the world of fantasy, not reality, except that many can no longer tell the difference.

From the very beginning egotistical imagination has broken down every moral barrier except where beliefs are deemed unchangeable. Defending these at all costs, both verbally and physically in the name of religion or its ‘God’, provides an excuse to punish those who do not adhere. Religion is usually the product of some individual’s thoughts of the heart which gains support in a community and is spread from there.

Understanding who ‘God’ is, though, will put this in another perspective, for such ego-based imagination is fostered by God. After all, He invented it and wants humanity to extrapolate it as far as possible. Non-circumcision virtually guarantees this. Earth is the decoy planet set aside for religion.

What about the apostle Paul’s Χριστός or Christ? Where does he fit in? Is he real or imagined? What does this say about the celebration called Christmas on December 25? Whose birth does it remember? The birth of the sun? Paul viewed Christ as though he was a non-corporeal sun whose energies of love are breathed in until one shines like a saint. This is what lies behind his Jesus and has little, if anything, to do with the Anointed (haMashiach).

Do Yeshuwa and Yahuw’ah have any interest in the current celebrations of this annual festival? Absolutely not. Why should They? They simply ignore them. Yet OM and His two companions enjoy them, just like They do all religious festivals invented by men and Themselves.

Instead Yeshuwa and Yahuw’ah prefer that the correct date of September 7 be observed. Their heavenly 13-month calendar is centred around it. As such it is time to begin thinking about change. In the northern hemisphere this is still a warm to hot time of year. The Nativity occurred during late morning, yet was pleasant enough to be comfortable.

Preparing for the new date will inspire some to unleash their creativity and move away from winter themes, including Father Christmas and Santa Claus living at the North Pole.

In one FIMIOL photograph, though, Yahuw’ah is wearing an informal red suit. He looks forward to local men playing Father Nativity and giving out presents and good cheer to children and adults alike. And He also enjoys pageants and processions.

Yeshuwa’s conception took place during late evening while it snowed at the Festival of Lights on December 18, 7 BCE. Houses and trees dressed in lights are therefore quite appropriate. Competition between home owners and businesses creating great visual displays can be awesome to behold.