In his case he suffered from double pneumonia with German Measles as a five year old, then from episodes of blood poisoning after falling over or scratching his skin while playing outside as an older boy. Penicillin usually fixed the latter, although during four weeks in hospital over a six week period his right leg was greatly enlarged with septicaemia. After surgery by Dr. John Cooter, later of the Royal Flying Doctor Service at Port Augusta, he needed two months to drain his leg and groin of the poison.

From his early twenties until well in his forties he suffered from chronic acne, as well as severe muscle wasting and chronic osteo-arthritis. While the acne was treated with Roaccutane, other skin conditions such as sun damage remain, yet are now under control. As for the osteo-arthritis, in December 2006 he was told by his physiotherapist that nothing could be done for the three sets of fused vertebrae in his neck.

Back in 2001 he had begun giving up the three proteins by cutting down on them and replacing them with other foods and taking Caltrate. Eventually he found that he could not tolerate even the smallest amounts. Rice crackers made on a production line which also processed gluten, dairy and soy caused suffering. Eating out at a normal restaurant promising a gluten, dairy and soy-free meal experience resulted in a lot of suffering a couple of hours later, due to contamination.

The gentleman who inspired him to give up these proteins was Dr. John B. Symes, D.V.M. (aka Dogtor J), a veterinary doctor in Alabama. After that, he did his own research, yet still concurs with much that John says.

In April 2007 he began experimenting with his own “heal yourself” stem cell regeneration software which Yeshuwa revealed to him. By the end of June the fused vertebrae had separated and from then on progress has been very slow. The muscle wastage, not really understood as a disease, still remained. Yet gradually he developed full neck rotation. His spectacle prescription close to the end of 2017 is the same as back in July 2001.

With the guidance of physiologists he recently spent two years trying to strengthen core muscles, but failed, since the problem resulted from both core and peripheral muscle weakness. While residual osteo-arthritis remains and can be painful if disturbed, he is now capable of running and even sprinting in his late sixties. Falls occur less often and his bone strength is good. He stopped taking Caltrate long ago, especially when it came with Vitamin D3.

In contrast to some of his siblings, who suffer from diabetes and osteo-arthritis, he is in a good place and looks forward to being productive for decades to come. He is not out of the woods, though, by a long shot.

Removing gluten from one’s diet clearly reduces the risk of diabetes, despite scientific research proving that it increases it. When powdered milk, sugar and gluten flours were added to the diets of indigenous Australians, up went their incidence of diabetes and kidney disease.

It takes more than gluten to create diabetes. The sacred dairy cow plays a significant role is its development, as it does in many other diseases. One might want to ponder the FIMIOLs below. 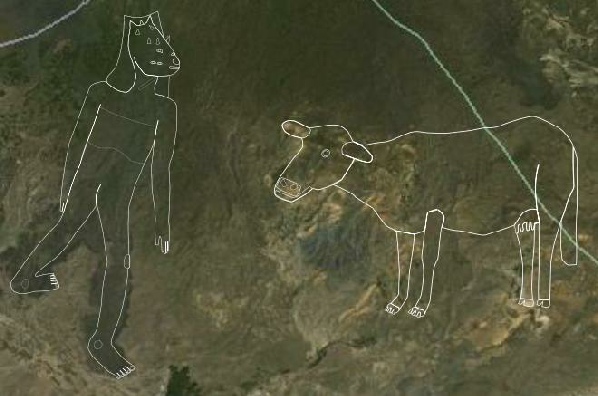 Observe how uncomfortable El Elyown is in the presence of the dairy cow with her mournful-looking eyes, saying, “Please don’t hurt me.”