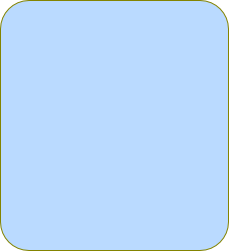 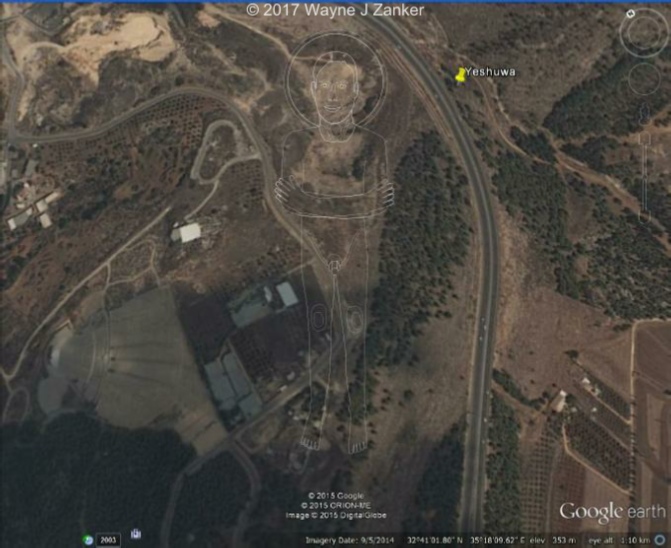 Who would have thought that on the very landscape where Yeshuwa spent at least twenty-five years of His life, two kilometres or one and a quarter miles to the south east of His home there is a FIMIOL photograph of Himself? He is eighteen years old and standing 5’ 7” (170 cm) tall. His hair is short and parted slightly to one side.

One might question the validity of these lines, but not at the shell level. When all are taken into consideration, there may be no doubt that this is Him as a young man.

A visual prophecy fulfilled in the canonical Gospels, it defines Him as an historical resident of that community. Gone are the days now when blind men and women can say that there is no evidence outside those texts to prove that He ever existed. In the article on creating weather His stamp of ownership and authority over the Holy Land is sealed beyond question.

Matthew and John are early first-century CE documents, compiled in Hebrew in August 30 and September 31 CE respectively, with Mark and Luke accessing written records from 7 BCE to 30 CE and beyond. Mark’s Gospel was penned in October 59 CE and Luke’s early in 63 CE.

Along with the Book of Acts, Luke’s gospel was submitted as part of the apostle Paul’s defence before Theophilus, a judge in Nero’s Court of Appeal and a member of the Roman equestrian order. The apostle won his appeal and returned to Greece on a fourth missionary journey which took in Crete.

Only by zooming in and out can one see where to draw in the lines. Yet there is a face discernible on the left. This also demonstrates how difficult it is finding FIMIOL photographs. After all, they are faded images. 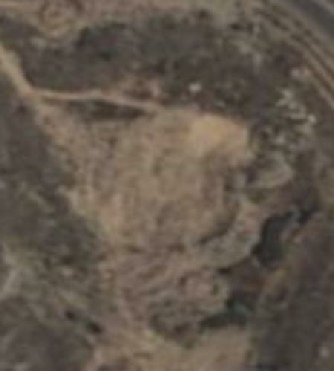 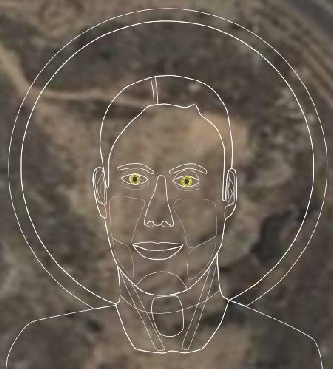 The Twelve Sholechiym did not worship Jesus Christ.

Until the apostle Paul came along they had never even heard of him.