The New Earth Under A Different Sky -  IV

Changes in personality based upon this date will become evident once there. Daily energy calculators have already been scripted.

Those going will have to adapt to highly developed technologies, other dimensions and new ways of living. The Glory Cloud and Fire will hover above the House of Eluhiym in Sterling East.

With breathable air and plenty of space to roam around in and a planet to explore, the only life support systems will be within the IRVs used for interplanetary travel, including to the Moon, Earth and Mars. The latest PDF features detailed drawings of one as well as a marine craft used for fishing.

Already Atar, its two suns, moon and other planets have been identified in the Chaviylah group of FIMIOLs near 39º 06’ 25” N and E (390625). Their presence on the landscape as circles is no coincidence. Somehow they have always been in the background as a binary alternative to fulfilling prophecy.

For example, did Yahuw’ah as El Shadday have them in mind when He promised to Abram, “In you will all the families of the Earth be blessed” (Genesis 12:3)? Kena’an, the immediate context of the circumcision covenant with Abraham in Genesis 17:1-13, fell short in so many ways.

So is this new Earth part of “the everlasting possession”? Circumcision is necessary for this blessing. Atar is the only other option, since circumcision there is compulsory. Intact males do not go. Their families are not blessed.

Below is a close up of the main continent of Pele. Observe the depth of sea around the continent, indicative of good rainfall throughout the land. 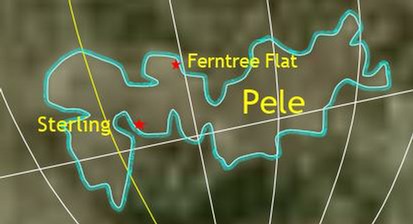 Selected individuals will relocate permanently to Atar in the near future. While the present writer will be the first to go, he will later be joined by a range of experts to deal with the ancient texts, night sky and other fields.

Meanwhile his two web sites must be updated and restored to a semblance of order before this happens. This is now under way. Many new articles await finalisation and publication. 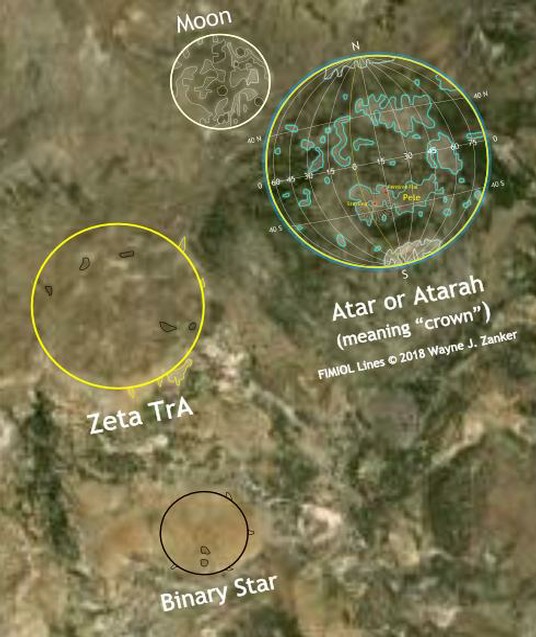 REGISTERING AN EXPRESSION OF INTEREST