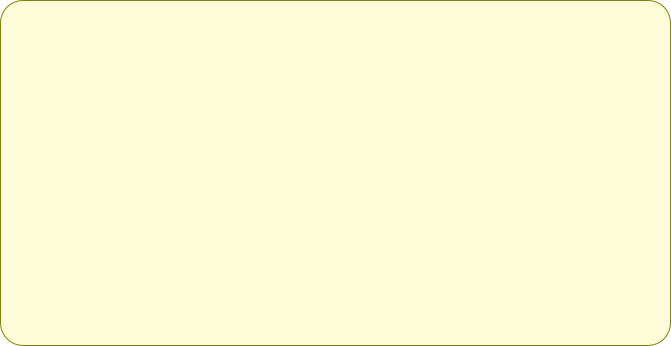 Earlier in Genesis 16:13 Hagar of Mitsrayim named the Angel of Yahuw’ah as “You are an El who sees”, for she said, “Have I even remained alive here after seeing Him?” She could obviously see Him, yet the Hebrew scribes among the sons of Tsadoq could not. Why was that so?

How did she know? Well, she was Abram’s second wife - a decision made while still intact -  and he knew El Elyown was one of the Eluhiym, with Whom he often met. “Pardon me, O priest, your slip is showing. You missed this one too, as you did when Manoach called the Angel an El in Judges 13:21-22 and “a man of Eluhiym” earlier in the chapter.”

Naturally this Angel had no wings. He possessed human features and had an awesome appearance (13:6).

“A man of Eluhiym came to me and His appearance was like the appearance of the Angel of Eluhiym, very awesome.”

So strongly was “the Man of Eluhiym” etched in Manoach’s mind that he used ha-’ish in verses 8, 10 and 11. There can be no doubt this is El Elyown, the Lamb-Man in the FIMIOL of the Rider on the White Horse. This is how He appeared and spoke to Mosheh too.

Why did El Elyown speak to Mosheh from the midst of the burning thorn bush and not El Shadday? The answer is simple. El Most High as the Creator and Possessor of Heaven and Earth (Genesis 14:19,22) likes to make contact first. El Shadday is the Creator of man and is his Sufficient Provider.

Both led the people from the front in the pillar of cloud by day and pillar of fire by night (Exodus 13:21-22). Inside the cloud the Lamb rode on His White Horse, while Yahuw’ah floated along in His IRV or Instant Relocation Vehicle.

Later He would invite Mosheh on a tour of the Exodus route where he would give most locations their names from the perspective of looking down from a great height. Discovering this was amazing, thanks to Google Earth™.

Within the canonical Gospels Yeshuwa is on record as doing mighty works such as stilling storms, raising the dead, healing the sick, making the blind to see, the deaf to hear and the lame to walk, changing water into wine, feeding 5000, then 4000 at a time, walking on the sea, and finally resurrecting Himself from the dead as the Lamb of Eluhiym. He is the happening Lord. El Shadday is the Father who provides sufficiently for those who love Him.

Accordingly, the Angel of Yahuw’ah, aka Yeshuwa, showed Mosheh how to perform mighty works with his staff. And He did this to demonstrate to Mosheh that He personally was going to teach the Hyksos Pharaoh lessons which would never be forgotten.

Furthermore at age eighty years, he and his eighty-three year old brother Aharon would lead over a million strong sons and daughters of Yisra’el to freedom and to worship Eluhiym at the foot of Mount Choreb. With a name meaning “I make happen that which I make happen”, He was bound to play a very active role. Here hayah is a doing verb, not a being one.

However, a problem arises in Exodus 23:20-23. There it appears that some person has again tampered with the text. A valid question arises. What happened to the angel of Yahuw’ah who spoke to Mosheh from the Burning Bush, sent him back to Mitsrayim to perform ten plagues, then went from the front of the multitude to the rear to hold back haMitsriym (pro. ha-mits-reem) or the Egyptians (Exodus 14:19).3)

Did He just vanish into thin air? Why is a new angel being appointed who is not actually new? It all sounds a bit suspect.

"20. Behold, I am going to send an angel before you to guard you along the way, and to bring you into the place which I have prepared.

21. Be on your guard before him and obey his voice; do not be rebellious toward him, for he will not pardon your transgression; since my Name is in Him.

22. But if you will truly obey his voice and do all that I say, then I will be an enemy to your enemies and an adversary to your adversaries.

23. For My angel will go before you and bring you into the land of the Amorites, the Hivites, the Perizzites, the Canaanites, the Hittites and the Jebusites and I will completely destroy them."

6. F. Brown, S.R. Driver and C.A. Briggs, ibid., p. 596. Other ways to express Egyptian in a Hebrew format: Mitsriy is the adjectival form of Mitsrayim. HaMitsri = the Egyptian, haMitsriym = the Egyptians.

The wedding feast at Cana was attended by conservative members of the Qumran Scrolls community in the Galilee. There the relationship between Yeshuwa and his mother Miryam was quite tense.

He had disappointed her. She regarded Him as the community’s Mashiach or Anointed Messiah.

Upon returning from forty days in the Ciynay wilderness and five days in Heaven, He had clearly changed his vocation - and she was not happy. This explains why He called her “Woman” and not “Mother.”

Later she was instrumental in having Him and his students driven out of the community and eventually arrested.

At the cross He again called her ‘Woman’ (John 19:26). She had come to mock Him. “Look at You now, Son. Was it all worth it?” However, He still loved her and put her into Yowchanan’s safe keeping, insisting he adopt her as his mother, since he was banned from contacting his own.

Miryam was a powerful woman who did not like being contradicted. After all, she was married to Yahuw’ah. Yowchanan’s father Zebedee was the “overseer of the camps of the Many” and the chief instigator of Yeshuwa’s arrest.

Personally He never ordained the office of bishop or overseer, since that comes with unauthorised power, influence and betrayal. The apostle Paul introduced this position as a carry-over from the Scrolls Community.