29. But the sons of Yisra’el walked on dry land through the midst of the sea, and the waters were like a wall to them on their right and on their left.

30. Thus Eluhiym [Yahuw’ah] saved Yisra’el that day from the hand of the Mitsriym, and Yisra’el saw the Mitsriym dead on the seashore.

El Elyown is, of course, El Most High. He is THE CATALYST for this momentous event. To call Him an angel, as the Hebrew scribes did, is again both an insult and blasphemy.

His incarnated name Yeshuwa means “deliverance, salvation, welfare and safety and victory.” 4) Without doubt He instructed Mosheh to lift up his staff and stretch out his hand over the sea. Together with Yahuw’ah and Tor the waters were divided and the land between the walls dried so the people could safely cross to the other side. This crossing occurred near Zafarana and took all day to walk the sixteen miles to Ba’al-Zephon on the other side.

There is one more strange piece of text involving the prince Mastema.

Chap. XLVIII. 2. And thou knowest what he spoke to thee [Moses] at Mt. Sinai, and what the prince Mastema desired to do with thee, as thou returnest to Egypt, on the way, at the feast of tabernacles. 3. Did he not with all his power seek to kill thee, and to save the Egyptians out of thy hand, when thou sawest that thou wert sent to deliver judgements and vengeance over the Egyptians? 4. And I delivered thee out of his hands, and thou didst the signs and wonders for which I had sent thee to do in Egypt over Pharaoh and over all his house and over his servants and over his people. [Rev. George H. Schodde’s translation, emphases the present writer’s.]

In Exodus 4:24 the text says that Yahuw’ah, actually Elyown, “met Mosheh and sought to put him to death.” Why? Because one of his sons was still intact. So his wife Tsipporah took a flint and cut off her son’s foreskin and threw it at Mosheh’s feet, and she said, “You are indeed a bridegroom of blood to me.”

The prince Mastema was never involved, nor was there any need. Besides, he would not be one to promote circumcision. He taught Paul well.

After this Elyown left him alone. He takes circumcision very seriously. Never die without it. And Christians believe nothing like this will happen to them if they remain intact. They are in for a big shock, one which lasts for eternity.

The Epistle of Jude

These inter-testamental texts like the Book of Jubilee, the Testaments of the Twelve Patriarch and the Book of Enoch** are among some of the most powerful and influential propaganda ever written. Along with others, they infiltrated the thinking of the Sadducees, Pharisees, Qumran Scrolls community and Christianity, often replacing and adding to Scripture. So much for Revelation 22:18-19 being taken seriously. It is an anti-Christian document anyway.

All these books have at least one thing in common, that is, they promote monotheism. They are the natural outcome of removing El Elyown from the Hebrew text and replacing it with YHWH and the Angel of El or YHWH. 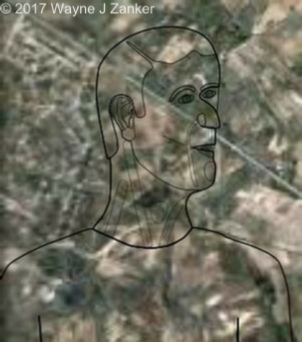 Just because an author calling himself Jude, believed to be Yeshuwa’s sibling, quoted from or cited the Book of Enoch (14-15) does not mean Yeshuwa or the Twelve did. In fact, like First Peter this Epistle also appears to belong to the Pseudepigrapha.

The person of Chanowk depicted in this FIMIOL had nothing to do with that evil book’s authorship or contents.

The angels whom Shimon the Rock had in mind in 2 Peter 2:4 were rebellious angels in Heaven who followed OM and were defeated by Miyka’el and his army in 5284 BCE. They were not the “sons of Eluhiym” in Genesis 6:1-4, who were never angels in the first place.

**The patriarch Enoch’s name in Hebrew is Chanowk (Heth-nun-waw-kaph) according to Genesis 5:18-24.

So who authorised the name change without his permission?

Chanowk is one of the twenty-four elders in Revelation 4:4. He does not like being addressed as Enoch and has been waiting a long time to have his name restored. He is quite jocular at times.