Looking at the above, the observer may see all ten Creator Eluhiym. It reflects the scene as it was over sixty thousand years ago. Sitting on Buzbiy’s lap is Emmezin the Dog and between them and Mowsiyah is Silephiyn the Hare.

Over to the far right behind Ze’ab the Wolf is Sar Shalowm. Ze’ab protects the Throne. Heaven exists in the Eighth Dimension from here, the Fourth from the top. He is responsible for this dimension.

There Is No One Beside Me

The above image contains the FIMIOLs of Ten Eluhiym. Yahuw’ah is just one Eluw’ah. Each of Them voted to make Him Chairman of the Board. He alone represents Their interests and all are beholden to Him. Eluhiym is plural, HO THEOS or God is singular.

Beyond the Wolf Ze’ab to His right is Yeshuwa the Lamb-Man, the sword proceeding from His mouth withdrawn (Revelation 1:16, 19:15). As El Elyown, the Most High El, He is fully eluhiymic, of a similar age to Yahuw’ah, who created the human species and other creature life over billions of years.

Yeshuwa specialises in creating universes one star at a time. In Revelation 1:16 He is carrying seven stars in His right hand and getting ready to launch these highly compressed balls into a local universe with a radius of 390625 light days. The author of the Apocalypse of John, namely, the sholech Yowchanan, happened to witnessed such an event back in August 70 CE.

As a sphere this surrounds the Heavenly Yeruwshalem. On the outside are imprinted constellation images. Stars of various sizes and compositions are then launched to mark key points along their lines. Each is connected by space-time fabric to the centre, allowing the constellations to be influential.

Star and solar system launchers are tailored to reach specific numbers of light years from the centre. Usually launched in a sequence one at a time, in the Seventh Dimension they instantly explode into life like sky rockets at a fireworks display. Over the past nine billion years this has been Their entertainment. 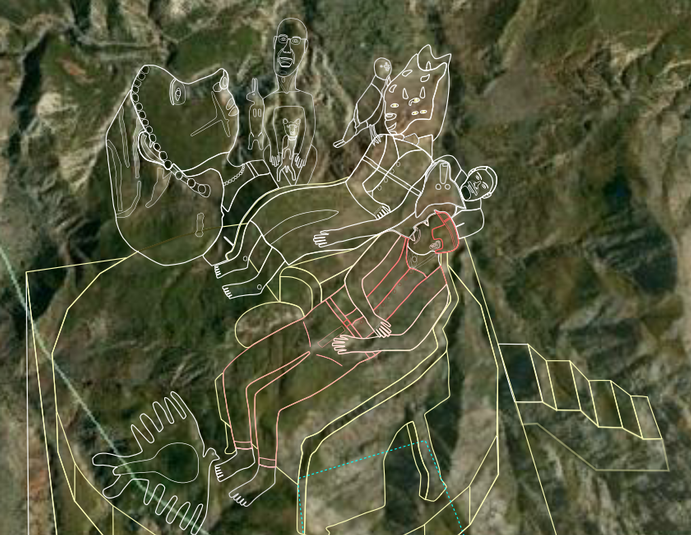